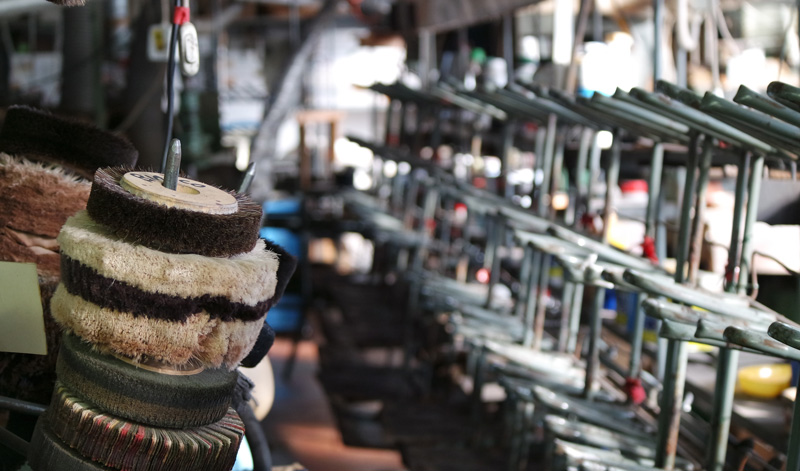 The TAURUS Shoe Factory borns in 1965 thanks to Gino, who after more than twenty years of experience as a skilled worker in a local company of footwear, understands he had outgrown this task, and armed with his skilled hands of craftsman, a touch of madness and the support of his wife, feels that his time has come and so he begins, in the little house where he lives, to undertake the work of craftsman. In those years the footwear companies begin to multiply and for Gino, brave and tenacious man, there's no lack of work. Then, at considerable sacrifice, he manages to open a small workshop and take on staff, thus expanding his sales market. He begins to specialize in the Ideal processing and in the manufacture of the well known Clark, with various

types of leather and para rubber soles, but the times and fashions change, and with them also the production of TAURUS, always in tune with the needs of the market and customer requests. He began producing shoes with Blake and Montato processing, with soft leathers, comfy and comfortable shapes, flexible bottoms of rubber and leather. Footwear that you'll love at the first fit, and hence looked for and desired by customers. 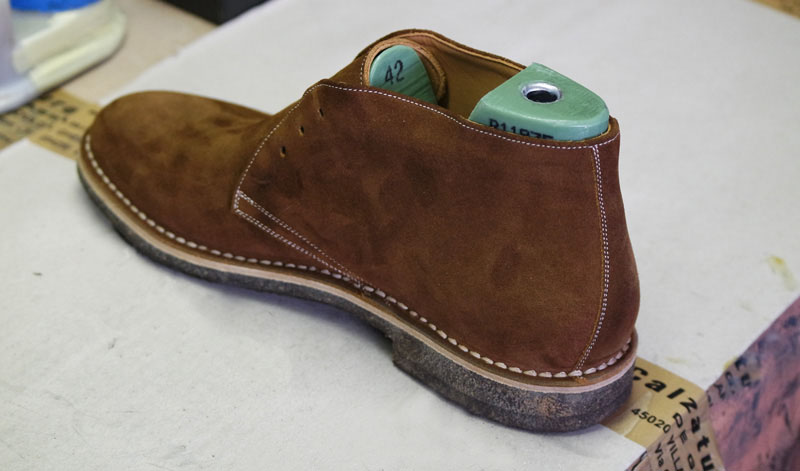 Quality and Design Made in Italy

Treasuring experience of over fifty years in the footwear industry and always ready to innovate in order to meet the needs of a fierce market,

Taurus Shoe Factory introduces a meticulous craftsmanship processing of the shoes and is a vivid symbol of Made in Italy quality and design.

The collections offered by the company based in Villanova del Ghebbo, near the city of Rovigo, accomplish a refined liaison between attractive appearance and quality, that ensures a high level of well-being from the first fit, to dress up the silhouette of the foot and make the pace safer. 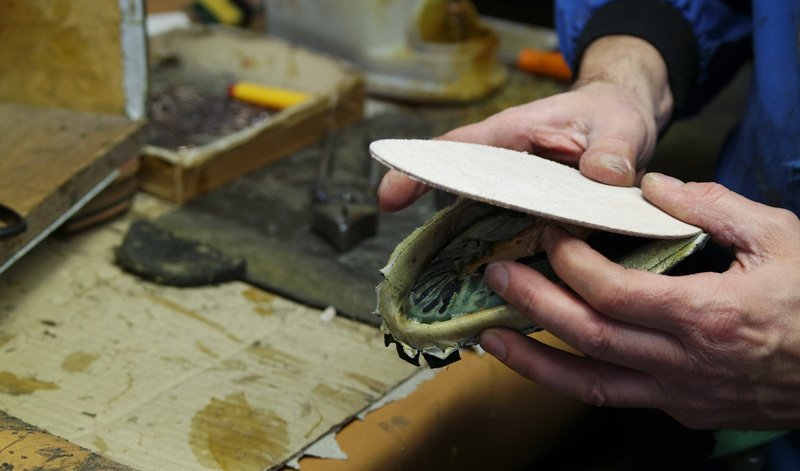 Every shoe made by hand is precious, unique and inimitable.

It is precisely the intrinsic originality of the finished product to make the artisan manufacture of footwear a real art form, which requires experience, dexterity and above all passion.

A passion that, for over 50 years, is guiding us in creating shoes that combine attractive appearance and impeccable qualities, to love from the first fit. Unlike the industrial production system, whose process is automated and uses ready-made soles, our hand-crafted processing of footwear takes longer and takes place in just one location.